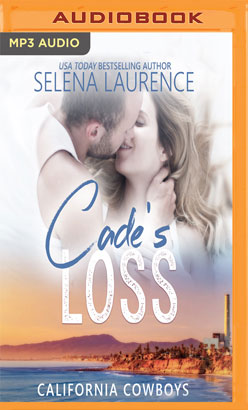 Cade Jenkins is a study in loss. At 25 he lost his parents, his dreams, and his career on the pro surfing circuit. He gained guardianship of his two younger brothers, responsibility for an entire ranch, and a life without love.

Nina Cline is on the mend. Her cheating fiancé is in the rear view, and she's concentrating on her job as an organic certification consultant. Now that she's gained her independence, Nina will never make the mistake of giving it away again. Especially to some anonymous hookup she meets at a beachside bar...no matter how good he looks in the water. Then she meets her newest Big Sur client and realizes that the beach bum that curled her toes is her new boss - and he thinks "organic" is a dirty word.

As tensions, tempers, and chemistry reach a boiling point at the ranch, these two heartbroken souls will need to decide if they're willing to take a chance again, or let the love of a lifetime slip away with the tide.