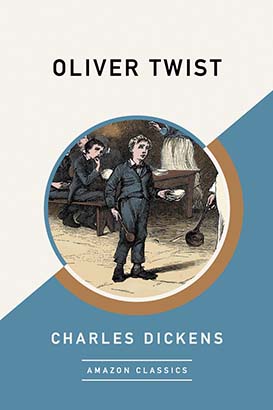 Orphaned at birth to labor in a workhouse, Oliver Twist is barely ten when he flees for London. There he befriends young Jack Dawkins, who educates the innocent Oliver in the ways of survival. When Jack draws Oliver into a gang of juvenile pickpockets, tutored by the unscrupulous Fagin, Oliver’s corruptive influences grow. But for a boy taught only wrong, Oliver must hold on to what he knows is right.

In Oliver Twist, Charles Dickens furiously condemns the realities of nineteenth-century England and rewards those who can escape them still pure at heart.

AmazonClassics brings you timeless works from the masters of storytelling. Ideal for anyone who wants to read a great work for the first time or rediscover an old favorite, these new editions open the door to literature’s most unforgettable characters and beloved worlds.