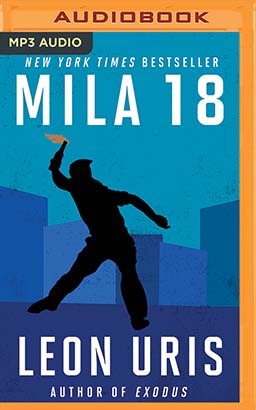 It was a time of crisis, a time of tragedy—and a time of transcendent courage and determination. Leon Uris’s blazing novel is set in the midst of the ghetto uprising that defied Nazi tyranny, as the Jews of Warsaw boldly met Wehrmacht tanks with homemade weapons and bare fists. Here, painted on a canvas as broad as its subject matter, is the compelling story of one of the most heroic struggles of modern times.