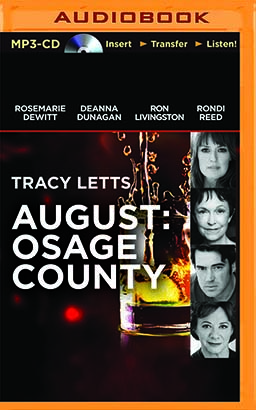 Winner of the 2008 Tony Award® for Best Play, Tracy Letts' darkly comic epic offers a painfully funny look at a family struggling in the desolate heart of America.

Directed by Bart DeLorenzo. Recorded by L.A. Theatre Works before a live audience.

"At its heart is Mama Violet, played to shrewish perfection by Deanna Dunagan…the reactions and interactions of the excellent cast are just as well developed and delivered." —Publishers Weekly