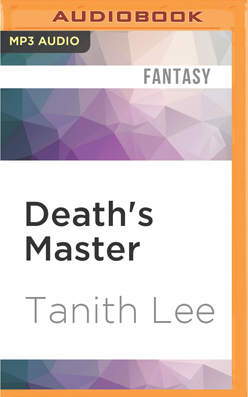 series:Tales From the Flat Earth #2

Death's Master, winner of the August Derleth Award for Fantasy, is the second book of the stunning arabesque high-fantasy series Tales from the Flat Earth, which, in the manner of the One Thousand and One Nights, portrays an ancient world in mythic grandeur via connected tales.

Uhlume, Lord of Death, second of the Lords of Darkness, King of Shadow and Pallor, makes an unusual bargain, which sets in motion an intricate sequence of events that entangle men and gods, queens and kings, sorcerers and witches, and lowly wanderers. When the secret to immortality falls into human hands, dark magic and wickedness are unleashed, testing the bounds of mortal love and sanity, and questioning the nature and purpose of life itself.

Come within this ancient world of brilliant darkness and beauty, of glittering palaces and wondrous elegant beings, of cruel passions and undying love.

Rediscover the exotic wonder that is the Flat Earth.