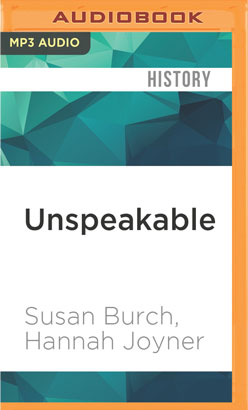 The Story of Junius Wilson

Junius Wilson (1908-2001) spent 76 years at a state mental hospital in Goldsboro, North Carolina, including 6 in the criminal ward. He had never been declared insane by a medical professional or found guilty of any criminal charge. But he was deaf and black in the Jim Crow South. Unspeakable is the story of his life. In addition to offering a bottom-up history of life in a segregated mental institution, Burch and Joyner's biography also enriches the traditional interpretation of Jim Crow by highlighting the complicated intersections of race and disability as well as of community and language.