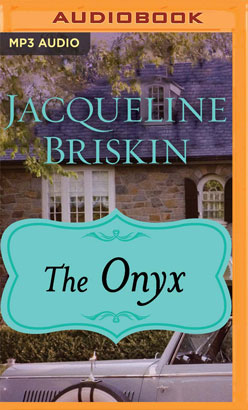 In 1894, while penniless 19-year-old Tom Bridger works at a Michigan furniture company that fuels his ambitions, he falls in love with beautiful, sophisticated Antonia Dalzell. But his real talent is inventing machines. He's secretly working on an electrical replacement for the horseless carriage. So is his friend, engineer Henry Ford. With America still a bit player on the burgeoning automotive stage, Tom dreams of creating a company to rival the dazzling car manufacturers of Europe. Through vision and hard work, he achieves his greatest ambition. Onyx, his automobile company, is a world away from his humble beginnings and the shameful legacy he carries.

Successful beyond his wildest dreams, Tom becomes America's first billionaire. But through it all, he is haunted by his passion for Antonia, the woman he could never marry - and he finds himself challenged by their son, who is determined to destroy Tom's empire.

With vibrant, emotionally complex characters and authentic historical detail, The Onyx is an unforgettable novel about the cost of a lie, the lengths to which a man will go to honor a promise...and the secrets he will carry to his grave.