Promise to the Dead, A 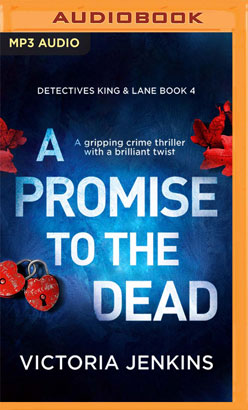 Promise to the Dead, A

The blur of shapes began to sharpen, forming a clear picture that stood out against the darkened background. For a moment he couldn't move, his fear rendering him immobile. He needed help. He turned to run.

On a dark night, on a mountain road, a young couple, Matthew and Stacey, are on their way home from a night out. Their car breaks down, and Matthew leaves to look for help. By the next morning, Stacey is found murdered in the car and Matthew is missing, presumed guilty of her murder.

Called to the scene, Detective Alex King and her team soon see some terrifying links - to another local young man who is missing and to the discovery of a body from 30 years ago.

Alex knows that the missing and the dead have a story to tell her. But will she hear it in time to uncover the killer before they strike again?

A Promise to the Dead is an enthralling crime thriller that will have you hooked. Fans of Angela Marsons, Karin Slaughter and Robert Dugoni will love this.