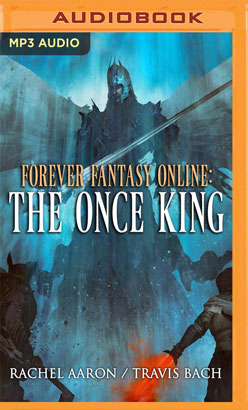 Leylia's secret could unite them all or lead them to an eternity of undeath.

After the loss of Bastion, everyone who's not a zombie has holed up in FFO's sole remaining safe haven: the lowbie town of Windy Lake. But the undead armies never rest, and it's only a matter of time before the Once King's forces come to crush what's left of life in this world.

But Tina, James, and the rest of the players are facing a crisis of their own. After so long in this world, their human bodies are dying on the other side. If they don't find a way home soon, they may have nothing to go back to.

With time running out in two worlds, Tina and James face a horrible choice: do they spend their final days looking for a way to get back to their old bodies, or join the NPCs to fight for their new ones? But just when things look impossible, James learns a secret that might change everything. Only one catch: to pull it off, they're going to have to fight one raid boss no one, not even Tina, has ever beaten.