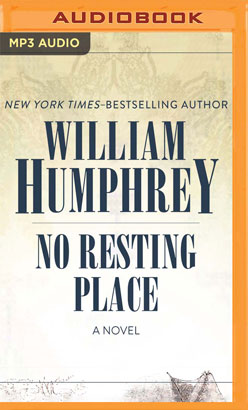 A Scottish-Cherokee boy accompanies his grandparents on the Trail of Tears in this “superb” novel by the New York Times best-selling author of The Ordways (Time).

Twelve-year-old Amos Ferguson is a blond, blue-eyed boy of mixed Cherokee and Scottish heritage, the son of a physician and the grandson of a gentleman farmer. Despite wealth and education, however, the family has no recourse when a drifter forges a bill of sale to their plantation: Georgia state law forbids anyone with Native American blood from testifying in court.

Amos and his grandparents are relocated to a squalid internment camp and forced to join their tribe on a long and brutal march to the Indian Territory west of the Mississippi. Along the way, the doctor's son tends to the sick as thousands perish from disease, starvation, and exhaustion. In the Republic of Texas, he bears witness to the doomed last stand of Chief Bowles and his band of Cherokee, who refuse to sacrifice the lands promised them by Sam Houston.

More than a century later, Amos' great-great-grandson narrates the story of his ancestor's harrowing journey and heroic survival, in “a novel every American should be required to read” that brings a shameful chapter of US history to life (Los Angeles Times). From the National Book Award-nominated author of Home from the Hill and Farther Off from Heaven, No Resting Place “is more than one boy's story; it is the story of a nation dispossessed and brought to its knees by the greed and power of another” (Library Journal).