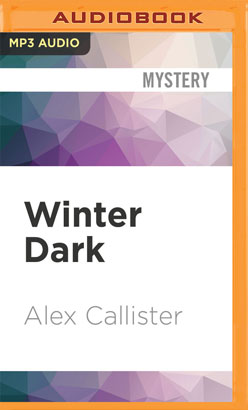 When you buy murder online, who is there to stop you?

GCHQ agent Winter has just 14 days to bring down the website of a formidable criminal organisation before a teenager is tortured to death in front of an online audience of millions. Going deep under cover disguised as the paid assassin Snow White, Winter must infiltrate the inner circle of the extraordinarily powerful man at the heart of the dark web. This is a gripping, fast-paced ride through a disturbingly plausible technological future in which Callister's protagonist must battle to bring down the terrifying crimes tearing through society.

About Winter
Master hacker, highly intelligent, combat trained: Winter is a very modern spy. Worlds apart from the straitlaced characters created in the minds of Ian Fleming and John le Carré , Alex Callister's lead protagonist wouldn't dream of playing the part of the impeccable agent. However, despite her intimidating skillset, Winter is delightfully human and often prone to prioritizing her libido over her employer. Undeniably sexy and exceptionally accomplished, Winter is a true 21st-century heroine.

About the Author
Alex Callister is the pseudonym of an industry expert on media, telecoms and internet stocks. She studied history at Oxford and the British School at Rome and was set for a career in academia until the beginning of the tech boom woke a lifelong interest in internet shares. Alex has spent her career visiting high security web hosting sites and speculating on what might go wrong. Winter Dark is her debut novel and the first in the Winter series.