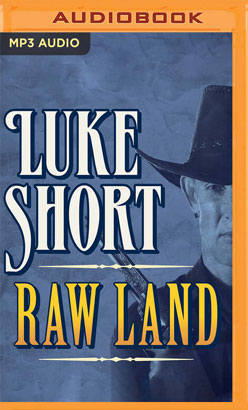 A hard-riding adventurer returns home to settle down - and stirs up a heap of trouble - in this action-packed Western from a master of the genre.

After 10 years of hard fighting and harder living, Will Danning is coming home to Yellow Jacket. His arrival is anything but celebrated, however - the last time he cast a shadow here, he wasn't exactly walking the straight and narrow.

Danning has returned to buy the Pitchfork Ranch, where he used to work cattle that weren't always legally his. For his neighbors, that's cause for concern; Angus Case still remembers when his herds were ravaged. What's more, Danning's friends can't understand why he'd want such a dried-up parcel of land. And Pres Milo, Case's chief ramrod and enforcer, wants the land for himself - and will do anything to get it.

If Danning wants to keep what's his, he'll have to fight. And in a frontier town like Yellow Jacket, fighting often means dying....

A legend of Western fiction, Luke Short blazed the trail for writers such as Louis L'Amour and Elmore Leonard. Raw Land is one of his grittiest and most authentic tales of frontier adventure.