House of the Stag, The 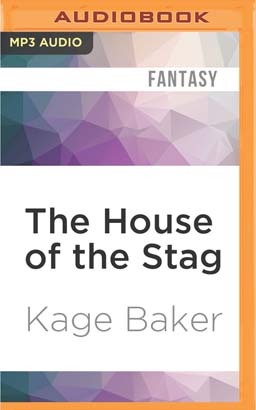 House of the Stag, The

Before the Riders came to their remote valley, the Yendri led a tranquil, pastoral life. When the Riders conquered and enslaved them, only a few escaped to the forests. Rebellion wasn't the Yendri way; they hid, or passively resisted, taking consolation in the prophecies of their spiritual leader. Only one possessed the necessary rage to fight back: Gard the foundling, half-demon, who began a one-man guerrilla war against the Riders. His struggle ended in the loss of the family he loved, and condemnation from his own people. Exiled, he was taken as a slave by powerful mages ruling an underground kingdom. Bitterer and wiser, he found more subtle ways to earn his freedom. This is the story of his rise to power, his vengeance, his unlikely redemption and his maturation into a loving father—as well as a lord and commander of demon armies.

Kage Baker, author of the popular and witty fantasy The Anvil of the World, returns to that magical world for another story of love, adventure, and a fair bit of ironic humor.