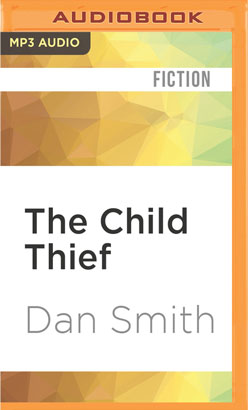 In the tradition of City of Thieves and Child 44, a troubled World War I veteran races across the frozen steppe of 1930's Ukraine to save a child from a shadowy killer with unthinkable plans.

Luka is a war veteran who now wants nothing more than to have a quiet life with his family. His village has, so far, remained hidden from the advancing Soviet brutality. But everything changes the day a stranger arrives, pulling a sled bearing a terrible cargo. When the villagers' fear turns deadly, they think they have saved themselves. But their anger has cursed them. In the chaos, a little girl has vanished, and Luka is the only man with the skills to find the stolen child and her kidnapper in these frozen lands. Besides, the missing girl is the best friend of Luka's daughter, and he swears he will find her. Together, with his sons, Luka sets out across lands ravaged by war and gripped by treachery. Soon they realize that the man they are tracking is no ordinary criminal, but a skillful hunter using the child as bait in his twisted game. It will take all of Luka's strength to battle the harshest of conditions and all of his wit to stay a step ahead of Soviet authorities. And though his toughest enemy is the man he tracks, his strongest bond is a promise to his family back home.