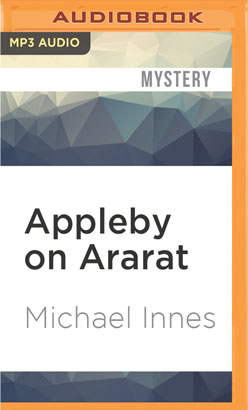 This crime story with Scotland Yard's John Appleby is set on a desert island in the Pacific ocean. Michael Innes, who also wrote under his own name, J.I.M.Stewart, and has published numerous novels and short stories featuring John Appleby.