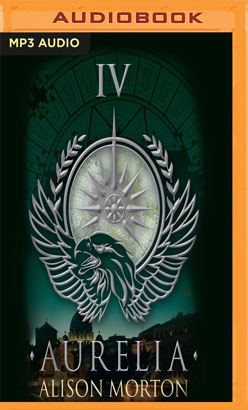 Late 1960s. Sent to Berlin to investigate silver smuggling, former Praetorian Aurelia Mitela barely escapes a near-lethal trap. Her old enemy is at the heart of all her troubles, and she pursues him back home to Roma Nova, but he has struck at her most vulnerable point - her young daughter.

Late 1960s, Roma Nova, the last Roman colony that has survived into the 20th century. Aurelia Mitela is alone - her partner gone, her child sickly and her mother dead - and forced to give up her beloved career as a Praetorian officer. But her country needs her unique skills.

Somebody is smuggling silver - Roma Nova's lifeblood - on an industrial scale. Sent to Berlin to investigate, she encounters the mysterious and attractive Miklós, a known smuggler who knows too much and Caius Tellus, a Roma Novan she has despised and feared since childhood.

Barely escaping a trap set by a gang boss intent on terminating her, she discovers that her old enemy is at the heart of all her troubles and pursues him back home to Roma Nova....