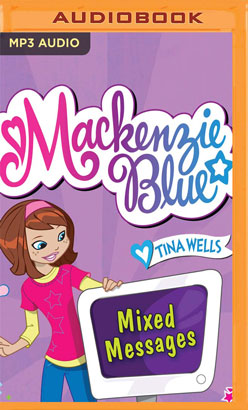 As a fashionista and future rock star, California girl Mackenzie “Zee” Blue's life is busy. Zee keeps in touch with all her friends with texts, IMs, and emails--and now, Bluetopia, the coolest social networking site ever!

In Mixed Messages, fourth in the middle-grade Mackenzie Blue series, Zee and her friends from Brookdale Academy launch Bluetopia, a fab social media site--which is perfect, because Zee's band, The Beans, is about to have its biggest show ever. Everyone is talking about it on Bluetopia.

At least it would be perfect if a glitch in the Bluetopia system didn't threaten to ruin the show--and Zee's life!

Tween fans of the Dork Diaries and Diary of a Wimpy Kid series will love the Mackenzie Blue books.