Murder in the Fens 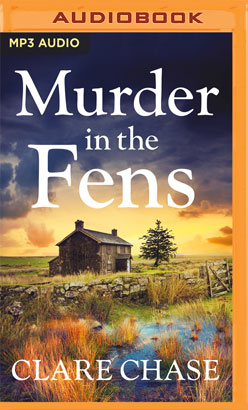 Murder in the Fens

When the body of 20-year-old Julie Cooper is found - her pockets stuffed full of wilting flowers - in an iron-age hill fort on the edge of the fens, Detective Tara Thorpe and her team are called in to investigate. The evidence points to an illicit affair gone wrong…but is there more to the story?

As always at the Cambridge constabulary, the case turns personal. Detective Blake is exhausted after the arrival of a new baby with wayward wife Babette, and Tara is keen to put as much distance between herself and Blake as she can - both at the station and on the hunt for the killer. Charming rookie officer Jez is the perfect distraction…but is he a little too good to be true?

Then Tara makes a startling breakthrough when she finds an unsettling family heirloom hidden in the late victim's bedroom - a golden statue of a sinister-looking cat with emerald eyes. As she traces its origins, Tara begins to realise that Julie's murder is no one-off crime but a sinister plot with its roots in a terrible secret that was covered up decades earlier.