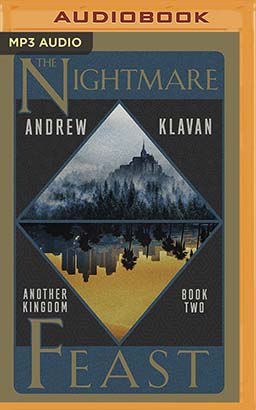 "This is a journey you won't want to miss." ― Gregg Hurwitz, New York Times Bestselling author of the Orphan X series

Austin Lively, once just an out-of-luck Hollywood screenwriter, is now a chosen hero caught between two worlds and dual quests in both Los Angeles, California, and the magical medieval world of Galiana. Tasked with taking a talisman across the Eleven Lands to restore the rightful queen to her throne, Austin must evade a murderous, vengeance-seeking wizard who seems to have the Eleven Lands under his control. But just how far does his influence reach, and how can Austin defeat him if the wizard also has access to his darkest memories?

Austin’s only hope is to find a missing manuscript by the title, Another Kingdom, but his sister Riley, the one person who may hold the key has gone missing too. With a deranged billionaire set on creating a “utopia” of anarchy and death also on the hunt for the manuscript, Austin must get to Riley before the billionaire’s assassins.

Trapped in a house of horrors in one world and a game of cat and mouse in the other, time is running out in both of Austin’s realities as he struggles to piece together the clues and find Another Kingdom. With higher stakes, darker secrets, and bigger monsters, there is no going back for Austin Lively and no guarantee he will escape the nightmare feast.