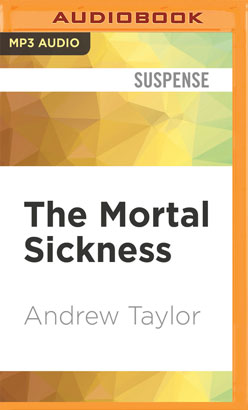 From the number-one best-selling author of The Ashes of London and The Fire Court, this is the second instalment in the acclaimed Lydmouth series

When a spinster of the parish is found bludgeoned to death in St John's, and the church's most valuable possession, the Lydmouth chalice, is missing, the finger of suspicion points at the new vicar, who is already beset with problems.

The glare of the police investigation reveals shabby secrets and private griefs. Jill Francis, struggling to find her feet in her new life, stumbles into the case at the beginning. But even a journalist cannot always watch from the sidelines. Soon she is inextricably involved in the Suttons' affairs. Despite the electric antagonism between her and Inspector Richard Thornhill, she has instincts that she can't ignore.