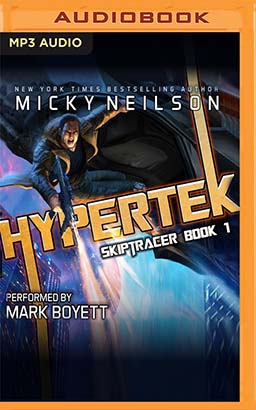 Business has never been deadlier....

Blake Harley is a Skiptracer - a kind of bounty hunter - on the faraway construct world of Concourse Prime. Hired by a corporate client to secure an overdue product, he'll make some quick cryp and be on to the next job. Easy.

Except, this job is anything but simple. The product is tied to the immensely powerful and ultra-secret Hypertek, leaving Blake with a choice: be a good soldier, or refuse to help MagnaCorp become the most powerful entity in the system.

Another problem: everyone else in Concourse Prime is gunning for the product as well, from the demi-humans ruling its seedy underbelly to the CEOs inhabiting its gleaming superscrapers - people far more sinister than Hypertek.

Blake fights to survive while he wrestles with his decision. In the end, it's just one big threat that could plunge humanity into an all-out interstellar conflict. What's the big deal?