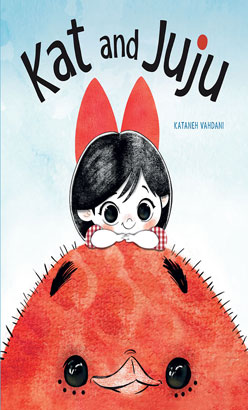 An unlikely duo star in a charming story about being different, finding courage, and the importance of friendship in the first book in a new series from an award-winning animation director.

Kat likes doing things her very own way, but sometimes she doubts herself. So when a bird named Juju arrives, Kat hopes he’ll be the best friend she’s always wanted. He’s outgoing and silly and doesn’t worry about what others think—the opposite of who she is. Bit by bit, with Juju’s help, Kat discovers her strength, and how to have a friend and be one—while still being true to herself.