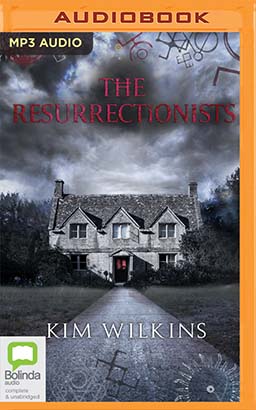 Young Australian cellist Maisie Fielding is bored with her career and her overpowering, manipulative musical family. Faking a wrist injury, she takes time off to return to England, her mother's home country, to search for her own roots and to find out more about her grandmother, a 'white witch' who settled in a bleak village on the North Yorkshire coast. Maisie's mother is set against her going, and refuses to tell her daughter anything about the woman, other than that – even dead – she is dangerous. On her arrival in Solgreve, she receives a hostile welcome from her new neighbours and begins to find clues to her grandmother's mysterious death. Amongst the clutter in her grandmother's house is a diary written by a young French woman who eloped with a penniless English poet and settled in the village. Through this diary, Maisie discovers the existence of an unnatural presence which still preys on the lives of the people of the village, past and present.