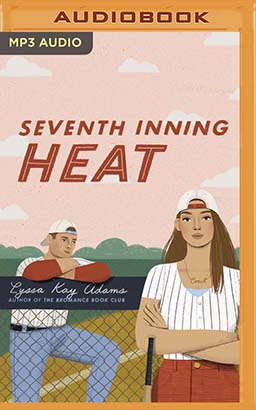 His career is on the line.
After a lackluster season and a disastrous performance that cost his team the World Series, Vegas Aces Pitcher Eric Weaver now faces an ultimatum from team management: Fix what’s wrong with his game by the end of spring training, or else. When they tell him they’re bringing in a new pitching coach to tweak his technique, he grits his teeth and agrees to be coached like a Little Leaguer again. He has sacrificed everything for his career and will do whatever it takes to save it. Until they tell him who the new coach is.

Her career is finally taking off.
Nicki Bates has worked her entire life to achieve one goal—to land a top coaching job in the Majors. But when she finally gets the call she’s been waiting for, she realizes Fate has a sick sense of humor. The only team willing to take a chance on her is Eric Weaver’s? Seven years ago, he dumped her cold when the Aces called him up from the minor leagues, and she vowed then she would never let something like love distract her from her goals again.

But when secrets from the past are revealed, the lingering sparks between them reignite into a fiery passion neither can ignore.

Will the heat destroy everything they’ve worked for? Or will a second chance at love prove the greatest victory of all?