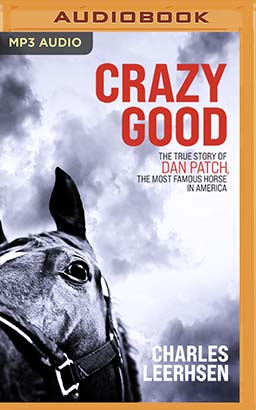 The True Story of Dan Patch, the Most Famous Horse in America

Who was the most famous athlete one hundred years ago? A horse. In fact, harness racer Dan Patch was more than a celebrity, he was once the most recognizable figure in American sports.

Born with a bad leg and nearly euthanized in 1896, Dan Patch led an ordinary wagon horse existence, pulling the grocer’s cart in Oxford, Indiana. It was when he won a race at the Indiana State Fair that Dan Patch’s fame began to build.

At the time, harness racing was America’s favorite sport and as Dan Patch began beating world records and achieving unheard-of times, he caught the attention of not only fans, but corporations. In fact, this magnificent animal became the first celebrity sports endorser of everything from razors and cigars to breakfast cereal and washing machines.

Listen to this fascinating true story of the first massive sports star in America, and hear how a horse became a household name, delighting and uplifting an entire country.