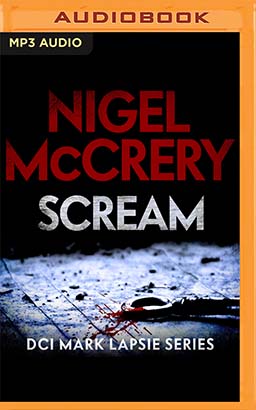 In this chilling thriller from the creator of the hit BBC drama Silent Witness DCI Mark Lapslie is singled-out by a twisted killer. Perfect for fans of M.J. Arlidge and Angela Marsons.

A woman screams in pain. Twenty-seven times, until she dies. The sound file was sent to DCI Mark Lapslie from an anonymous email address. Why is she screaming? Why would someone record that horrifying noise? And why send it to him? He soon learns that the file was sent from the hospital where he is being treated for synaesthesia - a neurological condition that cross-wires his senses so he tastes sound - and where his new girlfriend works.

When a body is discovered, the most shocking murder scene Lapslie has ever encountered forces him to realise there is a violent killer out there, a killer whose method of choice is torture. Will Lapslie find the killer? Who will have to die before he does?

Discover the other books in the DCI Mark Lapslie series: Core of Evil, Tooth and Claw, Thirteenth Coffin and Flesh and Blood.