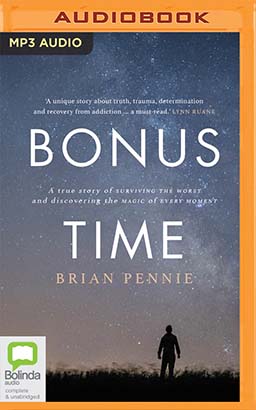 Brian Pennie shouldn't be alive today. His drug addiction was so bad that he was deemed too much of a risk for detox. Determined to confront his demons, he went cold turkey at home. Discovered in a pool of blood, it didn't exactly go to plan, but that's where his life truly began.

On 8 October 2013, he was finally clean after 15 years of chronic heroin addiction, and something extraordinary happened: the world suddenly became beautiful.

Free of the anxiety and fear that had always plagued him, Brian was given a second chance at life, and he devoured every minute of it. Bit by bit he rebuilt his world and began to share what he learned with others.