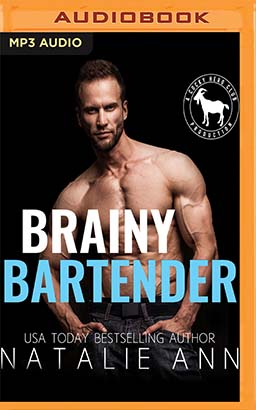 Add one hidden past. A dash of a pretend role. A shot of steamy chemistry. Put it in a shaker, then pour for one exotic cocktail on the rocks!

Wesley Templeton was determined to not follow in his namesake's path as a cardiac surgeon. Was he smart enough for it? Of course, he was a genius after all. Did he have the time and patience to master the craft? Absolutely. Was he going to let his controlling grandfather hold his trust fund over his head until he achieved what was expected of him? Hell no!

Harper Fairchild was the redheaded stepchild. Literally. Smart, nerdy, picked on, and often thought of as an outcast. Her social life was a dismal as her family relationships, so she left when she could and made a new life somewhere else. Unfortunately she found it was hard to break the mold of what cast her as undesirable. Until she loses a bet with a coworker and has to be made over for a blind date. When that turns into another disaster she escapes to a bar to nurse her emotional wounds, striking up a conversation with the sexy bartender and wondering if she could keep up the ruse of the confident, sexy chick she was pretending to be.