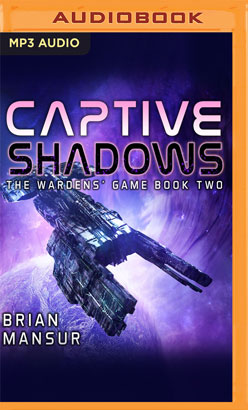 The Wardens' Game has begun...

Sean Merrick never counted on games within games. Nor would he have believed the sadistic lengths to which mankind's inhuman overlords would go for entertainment value.

As he and his crew battle in a cruel tournament for survival, Intelligence Chief Rafe Hastings and Nurse Sarah Riley race to extract secrets from the deranged Lilith before she's executed.

Meanwhile, the Mykonians and their allies prepare for their next campaign. There's little room for mistakes, but Rafe and Sarah soon discover a dangerous complacency in their ranks - and what it may cost them.