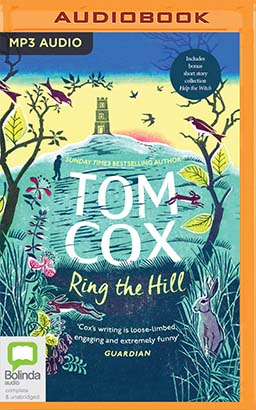 Ring the Hill is written around, and about, hills: it includes a northern hill, a hill that never ends and the smallest hill in England. Each chapter takes a type of hill – whether it’s a knoll, cap, cliff, tor or even a mere bump – as a starting point for one of Tom’s characteristically unpredictable and wide-ranging explorations.

Tom’s lyrical, candid prose roams from an intimate relationship with a particular cove on the south coast, to meditations on his great-grandmother and a lesson on what goes into the mapping of hills themselves. Because a good walk in the hills is never just about the hills: you never know where it might lead.

Riddled with talismans and portents, saturated by shadows beneath trees and whispers behind doors, these ten stories broaden the scope of folk tales as we know them. Inspired by our native landscapes and traversing boundaries of the past and the future, this collection is Tom Cox’s first foray into fiction. Funny, strange and poignant, he elicits the unexpected and unseen to raise our hackles and set imaginations whirring.