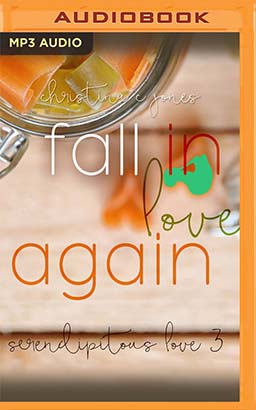 Everybody knows you don't marry the rebound guy.

And yet, that's exactly what Charlie does. But once the husband is out of the picture - kinda - she's ready to leap forward with her life. She returns to the neighborhood she left, the business she missed, and into arm's reach of Nixon - the reason she needed a rebound guy in the first place.

Other than rebuilding her life, Charlie has one main goal now that she's back in the place she considers home: Stay as far away from Nixon as she can. But their long history, his magnetic charm, and a certain sense of unfinished business makes that much, much harder than Charlie thought.

Nixon is willing to own up to his part in their breakup, but for Charlie, finding a place of forgiveness is going to take much more than that. She's willing to take a chance on friendship - something they've had since they were kids - but falling in love again? That's a whole different story.