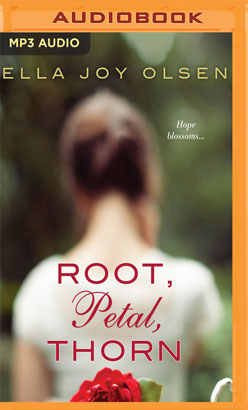 "Provocative in the way it explodes and expands the category of historical fiction." (Salt Lake Tribune)

In this beautifully written and powerful debut novel, Ella Joy Olsen traces the stories of five fascinating women who inhabit the same historic home over the course of a century - braided stories of love, heartbreak, and courage connect the women, even across generations.

Ivy Baygren has two great loves in her life: her husband, Adam, and the bungalow they buy together in one of the oldest neighborhoods in Salt Lake City, Utah. From the moment she and Adam lay eyes on the home, Ivy is captivated by its quaint details - the old porch swing, ornate tiles, and especially an heirloom rose bush bursting with snowy white blossoms.

Called the Emmeline Rose for the home's original owner, it seems yet another sign that this place will be Ivy's happily-ever-after.... Until her dreams are shattered by Adam's unexpected death.

Striving to be strong for her two children, Ivy decides to tackle the home-improvement projects she and Adam once planned. Day by day, as she attempts to rebuild her house and her resolve, she uncovers clues about previous inhabitants, from a half-embroidered sampler to buried wine bottles. And as Ivy learns about the women who came before her - the young Mormon torn between her heart and anti-polygamist beliefs, the Greek immigrant during World War II, a troubled single mother in the 1960s - she begins to uncover the lessons of her own journey. For every story has its sadness, but there is also the possibility of blooming again, even stronger and more resilient than before....