What Happens at Night 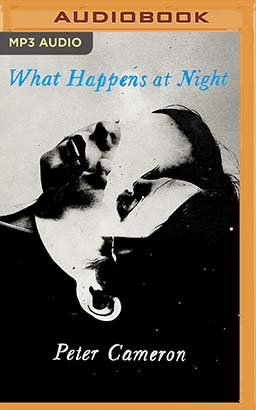 What Happens at Night

This atmospheric, suspenseful story of a couple staying in a fading, grand European hotel as they struggle to adopt a baby "finds its home among the mid-twentieth-century classics of psychological realism, as brutal, in its way, as The Sheltering Sky, and just as memorable, just as peopled with the deep human mysteries" (Rick Moody).

In this atmospheric, suspenseful novel, an American couple travels to a strange, snowy European city to adopt a baby, who they hope will resurrect their failing marriage. Their difficult journey leaves the wife, who is struggling with cancer, desperately weak, and her husband worries that her apparent illness will prevent the orphanage from releasing their child.

The couple check into the cavernous and eerily deserted Borgarfjaroasysla Grand Imperial Hotel where the bar is always open, the restaurant serves thirteen-course dinners from centuries past, and the doors of the guest rooms have been salvaged from demolished opera houses. Their attempt to claim their baby is both helped and hampered by the people they encounter: an ancient, flamboyant chanteuse, a debauched businessman, an enigmatic faith healer, and a stoic bartender who dispenses an addictive, lichen-flavored schnapps. Nothing is as it seems in this mysterious, frozen world, and the longer the couple endure the punishing cold the less they seem to know about their marriage, themselves, and life itself.

What Happens at Night is a "masterpiece" (Edmund White) poised on the cusp of reality, told by "an elegantly acute and mysteriously beguiling writer" (Richard Eder, The Boston Globe).