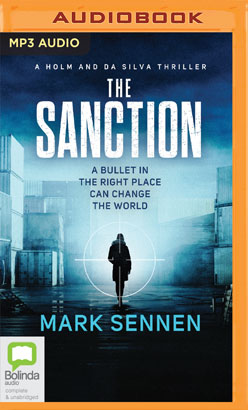 A bullet in the right place can change the world…

Rebecca da Silva, former crack sniper in the British Special Forces stationed in Afghanistan, is languishing in a dead-end job.

Stephen Holm, an intelligence analyst, gambles his position upon the capture of the ruthless Taher, a terrorist so elusive that MI5 are not convinced he exists.

But then a deadly terror attack in Tunisia changes everything, setting them on two interconnected paths, one born of revenge, the other of obsession. How do you stop a terrorist you can’t find? Their discoveries, and fight for survival, will go to the very heart of power… To the White House.