Dark Side of the Harbour 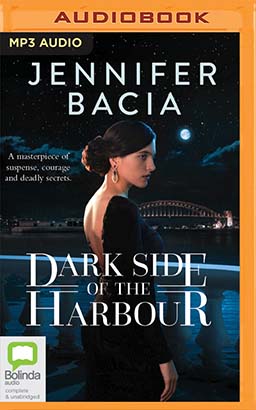 Dark Side of the Harbour

It’s the swinging 60s, Sydney. Post-war Australia is booming and the excitement of the city lures two young women, Rose and Margot, eager for adventure in these rapidly changing times.

They meet through work at David Jones, the iconic department store, and country-girl Rose is in awe of beautiful, worldly Margot, who makes it clear she’s determined to catch herself a wealthy husband.

At a coffee bar in cosmopolitan Kings Cross, they encounter two debonair Europeans, Stefan and Josef, former Polish army officers seeking to rebuild their lives. Friendship grows between the foursome, and the women’s eyes are opened to a world of ideas and experience very different from the one they grew up in.

Yet romance between Rose and Stefan is thwarted by lingering wartime trauma. And Margot, well, she has no intention of marrying a penniless immigrant like Josef: ignoring the danger signs, she has her sights set on the city’s most eligible bachelor instead. But it’s a tragedy neither of the women sees coming which is about to change their lives forever.

Fast-forward over two decades later, and a leading current affairs show has begun investigating a long-ago murder on the sleepily opulent Northern Beaches. The locals are abuzz with speculation. Some have reason to feel nervous – including the police. Others, who’ve stayed silent for years, are at last tempted to tell the truth. A truth Margot and Rose could never have imagined.