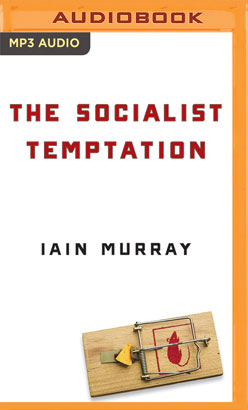 An economic, moral, and political failure, socialism had rightly been thrown on the ash heap of history after the fall of the Berlin Wall.

A generation of young people who don’t remember the misery that socialism inflicted on Russia and Eastern Europe is embracing it all over again. Oblivious to the unexampled prosperity capitalism has showered upon them, they are demanding utopia.

In his provocative book, The Socialist Temptation, Iain Murray of the Competitive Enterprise Institute explains:

Sprightly, convincing, and original, The Socialist Temptation is a powerful warning that the resurgence of socialism could rob us of our freedom and prosperity.