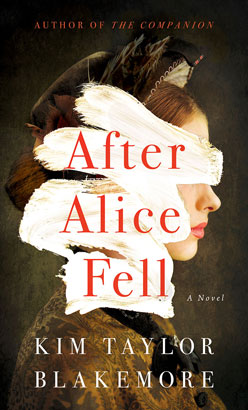 Until she discovers the truth of her sister’s death, no one will rest in peace.

New Hampshire, 1865. Marion Abbott is summoned to Brawders House asylum to collect the body of her sister, Alice. She’d been found dead after falling four stories from a steep-pitched roof. Officially: an accident. Confidentially: suicide. But Marion believes a third option: murder.

Returning to her family home to stay with her brother and his second wife, the recently widowed Marion is expected to quiet her feelings of guilt and grief—to let go of the dead and embrace the living. But that’s not easy in this house full of haunting memories.

Just when the search for the truth seems hopeless, a stranger approaches Marion with chilling words: I saw her fall.

Now Marion is more determined than ever to find out what happened that night at Brawders, and why. With no one she can trust, Marion may risk her own life to uncover the secrets buried with Alice in the family plot.