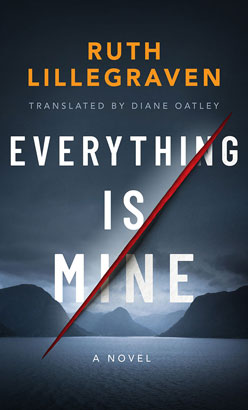 Clara and Henrik are married and living in a beautiful inherited villa in Oslo. She is a single-mindedly ambitious child-rights activist at the Ministry of Justice. Having grown up in rural Western Norway, she is also an Oslo outsider. Henrik is a doctor from a well-to-do Oslo family. Though their marriage is under serious strain, they share a devotion to their twin sons and their work. Outwardly, they’re a successful couple both dedicated to saving lives.

Then a Pakistani Norwegian child is admitted to Henrik’s hospital and dies in his care. The boy had clearly been the victim of child abuse. Soon after, a related murder rocks the city. It won’t be the last. The events unearth years of trauma, secrets, and buried resentments at the heart of Clara and Henrik’s fragile marriage.

Little by little, in the wake of these shattering crimes, the veneer of normalcy begins to fall away. But even then, nothing is as it appears.