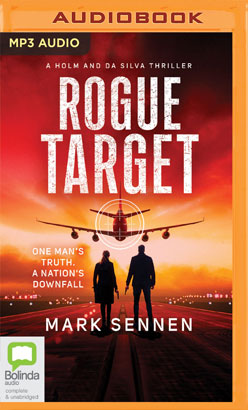 One man's truth. A nation's downfall.

Speedbird 117, a Boeing 787 flight to New York, takes off like any other flight from Heathrow. Except this plane will never reach its destination. The cause? Taher, an utterly ruthless terrorist with a score to settle.

With the country’s Secret Service on red alert, senior analyst Stephen Holm is given an ultimatum – find Taher, confiscate his devastating surface-to-air missiles and bring him to justice, or witness his nation’s descent into disaster.

Meanwhile, Rebecca Da Silva accepts a seemingly routine job in the Philippines for a wealthy businessman. Little does she know that this will set a course in motion that she is unable to stop, a course that leads, inevitably, to Taher.

With time running out, Holm and Da Silva must work together – failure is not an option.