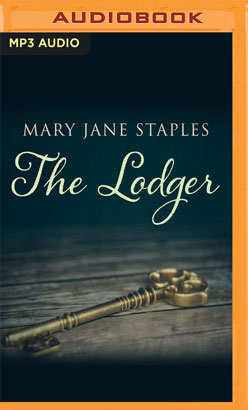 Maggie Wilson was only 33, but life in the teeming streets of Walworth was not that easy in 1908 - not if you were a widow with four young daughters. It was pretty much a hand-to-mouth existence, and without the lodger Maggie really wouldn't have managed at all.

Constable Harry Bradshaw thought the Wilsons were a gutsy and brave little family - from the youngest and cheekiest, Daisy, up to the elegant Trary, 13 years old and quite the young lady. But the one who won most of his admiration was Maggie herself, fighting her lonely battle against total poverty.

And his fears for her concerned more than just their lack of money. For a murderer was loose in South London - a rather sinister strangler who obviously knew the local streets and alleys very well indeed. A full-scale investigation was put in hand, and Harry was told, in particular, to inquire into any new lodgers who had moved into the district. And there was something very peculiar indeed about Maggie Wilson's lodger.