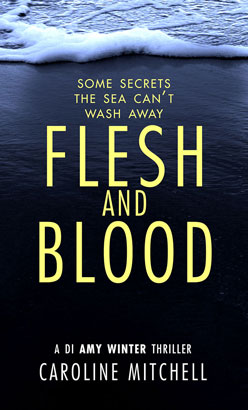 A string of suicides. A community in terror. And a chilling conspiracy only DI Amy Winter can crack.

A wave of apparent suicides hits a string of seaside resorts, but when a police officer is named as the latest to die, DI Amy Winter suspects there may be more than mere coincidence to these tragic deaths. But what dark motive could cause someone to throw themselves into the cold depths of the North Sea?

Someone in the community knows more than they are letting on, but Amy’s questions are met with resistance. A group of mysterious teenagers might hold the key, but why are they so afraid to talk? Meanwhile, after the release from prison of her serial killer mother, Amy is fighting her own demons.

In her toughest investigation yet, Amy must confront her dark past if she is to put an end to the carnage. What secret is so terrible that it’s worth killing a police officer for? Amy needs to find the answer, before the sea washes up any more bodies.