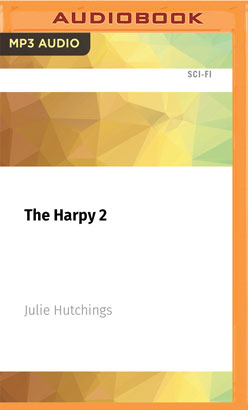 Charity Blake became a nightmare. But there are far more dangerous monsters out there than her.

Train-wreck antihero Charity Blake thrives at being a winged avenger, but exacting vengeance takes as much from her as it gives. To retain the humanity she's fought tooth and claw to keep, she tries to walk away from her monstrous side for good.

With no sense of purpose and a lifetime of failures haunting her, Charity struggles not to fall back into old, murderous habits. Until she meets a little girl who is more broken than herself. Rose presents a new direction for Charity. One where they can combine their carnal abilities to rewrite a horrendous history of wrongs that have impacted so many like themselves.

While Charity revels in the idea of following a new path, Rose drowns in her own power as she tries to piece together parts of her life her mind has buried deep. As Rose unearths hidden truths about her past, her catastrophic abilities spiral out of control, threatening everyone's future. Overcome with debilitating grief and a world-altering rage, Rose becomes a danger beyond anyone's control. A colossal threat that Charity must stop.

The Harpy 2: Evolution is the second book in the twisted and unsettling world of the Harpyverse, where victims become villains and power is a thing to be picked apart.

Get your copy today and delve into the deliciously dark paranormal series everyone is talking about.