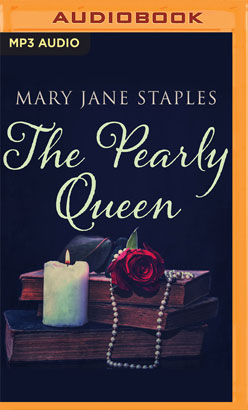 The Pearly Queen was really Aunt Edie. She was 39, had a good job in a factory, lived in a flat off Camberwell Green and had never married. Her fiancé had drowned in the Thames when she was a girl, and since then she had been on her own, though not from choice. Everyone loved Aunt Edie - but especially the Andrews family.

Jack Andrews was having a tough time. He'd come back from the First World War to find his wife had 'got religion'. She'd got it so badly that she finally went off, left Jim and the three children and joined Father Peter's League of Repenters. She never really came home again. Jack and the children managed as best they could, but things were pretty tough when Aunt Edie turned up. The first thing she did was give her cousin, Maud Andrews, a piece of her mind for running off and leaving her family. But when that didn't do any good, Edie moved in and took over the Andrews family. For the first time in years life began to look good again. Aunt Edie was warm, generous, kind and, above all, she was their very own Pearly Queen.