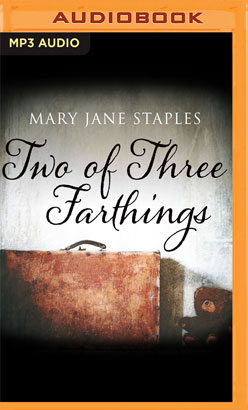 Horace was 10, Ethel seven, when Jim Cooper, home from the trenches, minus an arm and just about managing on his own, found them huddled in a doorway on a wet night in Walworth. Slightly against his better judgement he took them in, fed them cocoa and put them to sleep in his bed. A few days later he found that - somehow - he had become the unofficial guardian of Horace and Ethel. It was him, the orphanage, or separation for the gutsy little pair who would have to be farmed out to anyone who would take them, and Jim felt a sudden affinity for the two cheeky cockney kids. The first thing he had to do was find fresh lodgings for them all.

Miss Rebecca Pilgrim was a woman of strict Victorian principles, eminently respectable, and determined to keep her privacy intact. She had reckoned without her new lodgers - Horace, Ethel and, above all, the irrepressible Jim Cooper. And thus began the humanising of Miss Pilgrim, who turned out to be younger, prettier and far gentler than any of them had suspected.