Fastest Game in the World, The 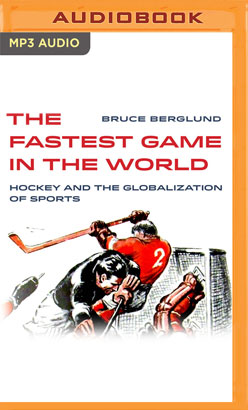 Fastest Game in the World, The

Hockey and the Globalization of Sports

Played on frozen ponds in cold northern lands, hockey seemed an especially unlikely game to gain a global following. But from its beginnings in the 19th century, the sport has drawn from different cultures and crossed boundaries - between Canada and the United States, across the Atlantic, and among different regions of Europe. It has been a political flashpoint within countries and internationally. And it has given rise to far-reaching cultural changes and firmly held traditions.

The Fastest Game in the World is a global history of a global sport, drawing upon research conducted around the world in a variety of languages. From Canadian prairies to Swiss mountain resorts, Soviet housing blocks to American suburbs, Bruce Berglund takes listeners on an international tour, seamlessly weaving in hockey's local, national, and international trends. Written in a lively style with wide-ranging breadth and attention to telling detail, The Fastest Game in the World will thrill both the lifelong fan and anyone who is curious about how games intertwine with politics, economics, and culture.