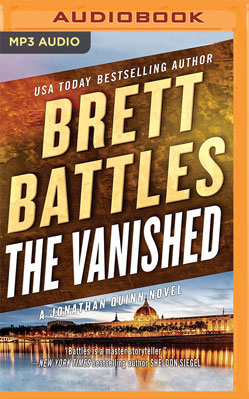 Will this be Jonathan Quinn's last job ever?

It's been nine years since Quinn last worked with Mariko. That fateful job left him with a permanent sense of guilt, and her with a life forever changed. Now, their paths have crossed again. Not in a way Quinn would have hoped for, but at least in one that might allow him to make partial amends.

To accomplish this, he will have to risk his career by ignoring the strict orders he's been given.

The Vanished is a pause-resister that delivers all the crime, mystery, espionage, kidnapping, revenge, and vigilante justice you can handle.

If you like Lee Child, Steve Berry, David Baldacci or Daniel Silva, you will love the adventures of Jonathan Quinn in this fast-paced action-packed international thriller.