I Was Looking for a Street 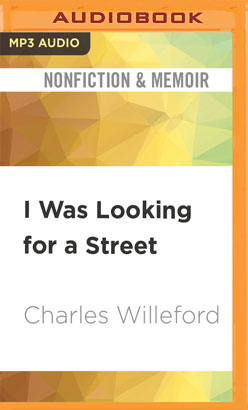 I Was Looking for a Street

I Was Looking for a Street tells the story of the author's childhood and adolescence as an orphan, as he moves from railroad yards to hobo tent cities, to soup kitchens and deserts around Los Angeles and across the United States. The ensuing tale is at once a picaresque adventure through Depression-era America and a portrait of the writer as a young man of seemingly little promise but great spirit. Written after Willeford's later literary success with Cockfighter, Miami Blues, and The Woman Chaser, this memoir is the work of a writer at the height of his powers, looking back without nostalgia or regret, and preserving in his clear and powerful prose the great American adventure of his youth. Writer Luc Sante contributes a preface to this volume; director Quentin Tarantino and musician Will Oldham among his many devoted fans.