Man She Never Met, The 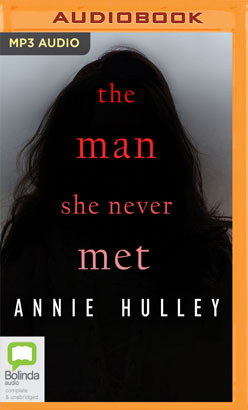 Man She Never Met, The

Two strangers never meet. One of them ends up dead. The other is accused of murder.

Jodi Brown is walking her beloved dog Milo, in a North London wood, unaware that she is being stalked. When her dog is stolen and later returned to her by Samantha Hooper, Jodi believes this to be an act of kindness and a friendship develops between the two young women. What she doesn’t know – is that Samantha is intent on using Jodi to commit the perfect murder.

This suspenseful psychological thriller revolves around Samantha Hooper, a disturbing presence who drives the story, Jodi Brown the unsuspecting prey who gets caught up in Samantha’s net and Raif Kennedy, a slick American with a beautiful wife and a colourful past. Jude Brown, Jodi’s estranged musician brother, heavily in debt and with a history of alcohol abuse, completes the foursome.

What links these characters together is love, lust and betrayal. All four don’t leave through the same door they came in. And one of them doesn’t make it out at all....