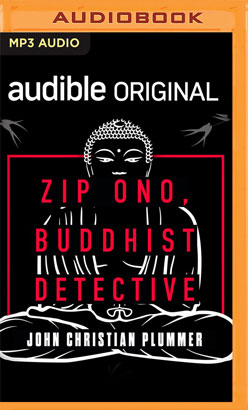 At first glance, the death of media mogul “Big Bill” Argosy appears to be suicide. But his widow, Laila, thinks otherwise. Because Big Bill made enemies - lots of them. And he'd rather fight to the death than take his own life.

When the authorities refuse to investigate, Laila turns to the one person who can see connections in the universe where others can't: Zip Ono, a young private investigator - and practicing Buddhist.

Zip quickly learns that there's no shortage of suspects who might very well want Argosy dead. A foul-mouthed hedge fund operator. A pistol-packing TV anchor. Even the Criminal Investigator for the County Sheriff - who happens to be the only man Zip has ever loved.

Following a complex trail of clues, Zip draws on her faith and “the eye of the Buddha” to lead her to the truth. The truth of what happened to Big Bill Argosy. And the truth of her own heart.