Sleeping with the Crawfish 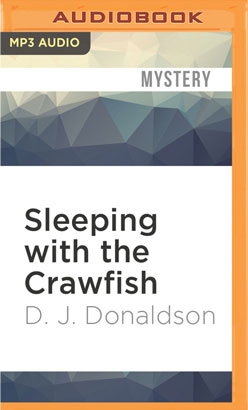 Sleeping with the Crawfish

Andy Broussard, the plump and proud New Orleans medical examiner, obviously loves food. Less apparent to the casual observer is his hatred of murderers. Together with his gorgeous sidekick, psychologist Kit Franklyn, the two make a powerful, although improbable, mystery solving duo. Strange lesions found in the brain of a dead man have forensic pathologist Broussard stumped. Even more baffling are the corpse's fingerprints. They belong to Ronald Cicero, a lifer at Angola State Prison—an inmate the warden insists is still there. Broussard sends psychologist Kit Franklyn to find out who is locked up in Cicero's cell. But an astonishing discovery at the jail and an attempt on her life almost has Kit sleeping with the crawfish in a bayou swamp. And Broussard, making a brilliant deduction about another murder, may soon be digging his own grave.